The River Beane Restoration Association (RBRA) has been established since 1991 with the main objective of reducing the no flow and low-flow problems of the river and improving the river environment. These objectives are supported by all the Parish Councils of the villages in the Beane Valley and also by the Hertford Town Council.

After official recognition over many years that the river was over abstracted, principally from the Whitehall Pump station near Watton at Stone, the Water Industry regulator OFWAT agreed to Affinity Water proposal to build a pipeline so that abstraction could be reduced by 90%. The pipeline has been operational since April 2017. Unfortunately 2018 was another extremely dry year and the groundwater levels, although showing an increase initially ,have dropped down again. The result is that the upper river has been dry for the last year and the lower river from Watton at Stone south has had low flows. We hope the river flow will recover during 2019 but this is dependent on receiving above average rainfall to make up the deficit. So far Affinity Water have expressed concerns about reserves but have not introduced restrictions.

The RBRA is actively assisting the Herts & Middlesex Wildlife Trust by surveying the entire river catchment to find out where suitable habitat exists for possible Water Vole reintroduction. This is ongoing as of July 2019, and any reintroduction will not be until any remedial bankside works have been completed and the resumption of a reliable water flow in the river.

The RBRA also regularly does river fly sampling at 10 locations. The results of this activity show how healthy the river is. The lower isn’t bad but the upper river can’t be sampled until river flow resumes. Furthermore ,the RBA measures the groundwater levels in nine measuring boreholes for the Water Company and the Environment Agency. This has been done for twenty years now.

The Herts and Middlesex Wildlife Trust (HMWT) take a very active role in helping to raise awareness of the plight of the upper River Beane. The HMWT, together with the River Beane Restoration Association, has now produced the Beane Catchment Management Plan as an active website- www.riverleacatchment.org.uk/index.php/river-beane-cmp/river-beane-themes-and-objectives. It is a dynamic, ‘live’ website which will be updated regularly to reflect the status of various projects and monitoring results.

If you want for more information about the RBRA, please contact either of the following:

RBRA produces a quarterly newsletter available free on request. Please send a request via the message facility on our website at www.riverbeane.org.uk.

The upper River Beane rises north of Cromer. It then flows through Walkern and Aston and joins the Stevenage Brook before passing through Watton-at-Stone. The lower Beane runs through the Woodhall Estate, Stapleford and Waterford and on to Hertford where it joins the River Lee. 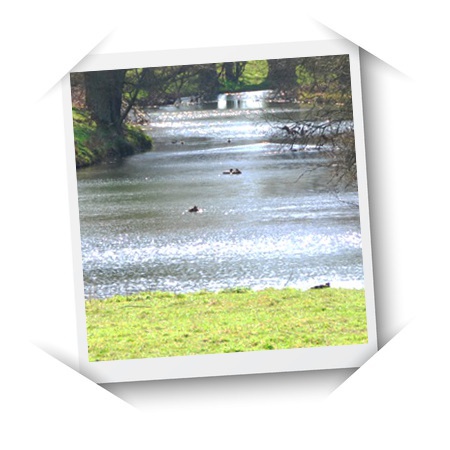 It was a noted trout stream in the 1800s and properties with fishing rights sold at a premium. There was a water mill and watercress beds in Walkern and another mill at Watton-at-Stone. Older residents can remember swimming in the river; it was that deep in places. All this has vanished with the mill in Walkern now converted into flats and the watercress beds remaining as a wet patch. The mill at Watton-at-Stone has been demolished.

Nearly 30 years ago, concerned residents in Aston noticed that the river was dry for long periods and decided to find out why. The river only flowed in the winter, although the adjoining Stevenage Brook appeared to have more water all year. Others concerned persons soon joined them from adjoining villages and the RBRA was formed in 1991.

Even in those early days it was believed the culprit for the long periods of dry river condition was the over abstraction from the Whitehall pumping station, which supplies water to Stevenage.

The National Rivers Authority (NRA), which was later incorporated into the Environment Agency, chose the river to be the subject of a study into low-flows [i.e. the Alleviation of Low Flows (ALF) project] because it was one of the 10 worst rivers in the country. The NRA commissioned a programme of study, which included the installation of 9 measuring boreholes in the upper Beane valley. The RBRA has been taking readings from these boreholes for the last 18 years, and continue to do so on a monthly basis for the Environment Agency.

The NRA concluded that the Whitehall pumping station located near Aston was licenced to take too much water and no account had been taken of the environmental impacts when the licence was granted. The NRA proposed a solution, and a programme was agreed in the late 1990s. This proposal was to close the Whitehall pumping station and relocate the water-supply point further down the catchment where it was thought the supply situation would be more robust. This programme, which should have completed by 2003, was not implemented due to emerging concerns about the River Mimram.

There followed a further plan to reduce water abstraction at Whitehall by 50% and take the rest from further down the catchment. This was never implemented because the sites for trial boreholes near Stapleford were never acquired for flow testing by the water company – Three Valleys Water (now Affinity Water).

Over the years the World Wildlife Fund (WWF) has become very involved in the problems of the chalk streams of south eastern England. It has produced two very good publications, namely ‘Rivers on the Edge’ and ‘Riverside Tales’, with the support of the HSBC Climate Partnership. Both publications feature the problems of the River Beane.

In September 2011, the WWF identified the River Beane as one of the rivers that should be included in the list of the 10 least-improved rivers in England. The WWF justified this inclusion because of the long campaign by the RBRA over many years, the recognition of the problems by the Environment Agency nearly 20 years ago, and the fact that nothing had been done about it until then. Happily this is no longer the case because of the new pipeline. 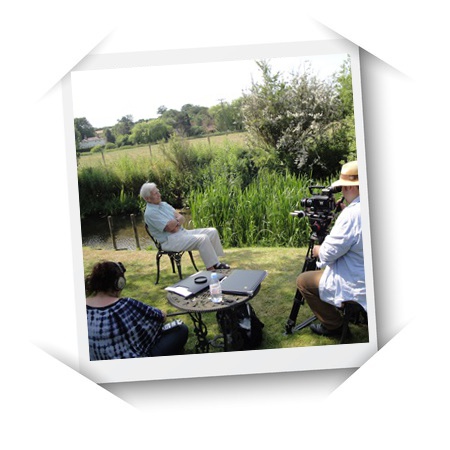 The RBRA became frustrated by the official approach which had recognised the problem for many years and done nothing about it. The RBRA concluded that the differing bureaucracies were disconnected, and decided to make a film about it. The ‘Banks of the Beane’ was shown before an invited audience in October 2014 at the Hertford Theatre and was widely applauded. The CPRE gave an award to RBRA for the film and our efforts to bring the problems to the attention of a wider audience. The film is still available on DVD.

The pipeline which Affinity Water proposed in 2013 to relieve the Whitehall Pump Station was approved by OFWAT in 2014 and has now been built. It was commissioned in April 2017. The abstraction licence for the Whitehall Pump station has been reduced by 90%, down to 2 ML per day. This means that the Pump station remains operational in case of need such as a pollution incident elsewhere in the water supply network. In that case the abstraction can be increased, but the abstraction must return to the new agreed amount.

The region still has the threat of major house-building programmes. The new East Herts District Plan is not yet finalised, but all villages in the EH district including Watton at Stone will have to accept significant more development, although the details are not yet available.

The RBRA is worried that development will proceed without proper infrastructure improvement. New planning regulations mean that the planners should consider sustainability, but the RBRA feels that it is unlikely that local planners will refuse permissions due to water shortages.

It must be noted that that our local MP, Sir Oliver Heald, is very supportive of the RBRA activity and he maintains a pressure on government departments that have influence on the problems affecting the River Beane.